Women’s Cricket in Europe is on the rise, given the infrastructural development, coupled with more local and international matches. In the European continent, one surprising element is that there are few countries where Women’s cricket has grown far more as compared to men’s cricket. One such team is Germany. Germany women’s national cricket team, which was started in early 2005 has come a long way since its inception. Here is an excerpts of an interview with the Cricket Development officer Monika Loveday. 1. Vision and Goal of Germany women’s Cricket? When and how did it all start up?
Women’s Cricket in Germany started 2005 with girls cricket teams, mainly in schools, competing in indoor tournaments. The national team was founded in 2009.
Our goal is to expand women’s cricket in Germany so that we will have teams and leagues in all six regions in the next 5 years. We are also aiming to introduce an U19 competition very soon.

Internationally, our aim is to improve our standard to come level with the HPP countries in Europe, i.e. Netherlands, Scotland, Ireland.

3. Who are the driving force of Germany women’s Cricket and how have they contributed so far?
The players, especially the national team players, themselves are a massive driving force behind the women’s cricket in Germany. Often they are the ones who create new teams and coach new players. The first national team coach, Hans-Heinrich Mai, set high standards and was very important for the development of the national team. His successor, Matthew Powell, is continuing with a high standard through the introduction of a development squad as well as holding coaching courses with the emphasis on coaching women. 4. Highlight upcoming tours and fixtures.
The coming season will start for the national team in April 2017 with a joined training camp with the Dutch national and development squad, followed by possible fixtures against an English county and Italy before taking part in the International Tournament in August in Belgium.

5. One message you would like to pass on the budding female cricket enthusiasts.
Women’s cricket has grown massively over the last 5 years and the effect can be noticed everywhere. Keep up the work and enjoy your cricket! #thisgirlscanplaycricket

7. Name the current National Squad along with their role/specialty. 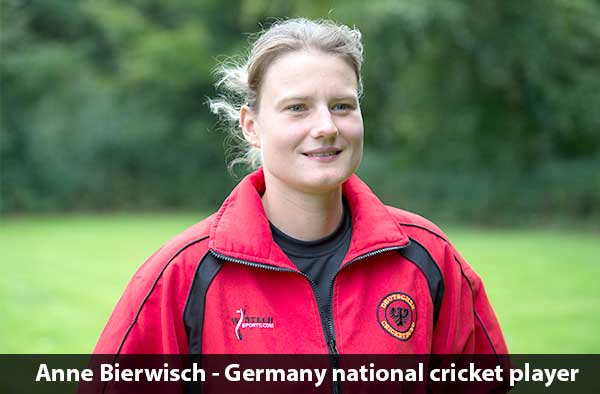 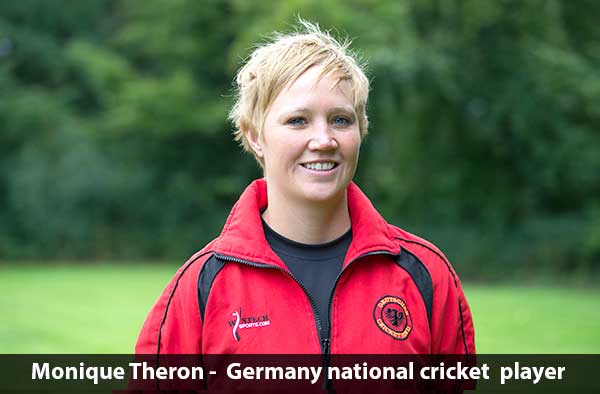