The world wouldn’t have known that cricket can be deadly too until we lost Philip Hughes in 2015 after he was struck in the head by a ball in a match between South Australia and NSW. Injuries can be brutal over health in a game like cricket where the players have to train themselves with all their life-force. Isn’t it frightening when the player suddenly drops down to the ground crying in pain? 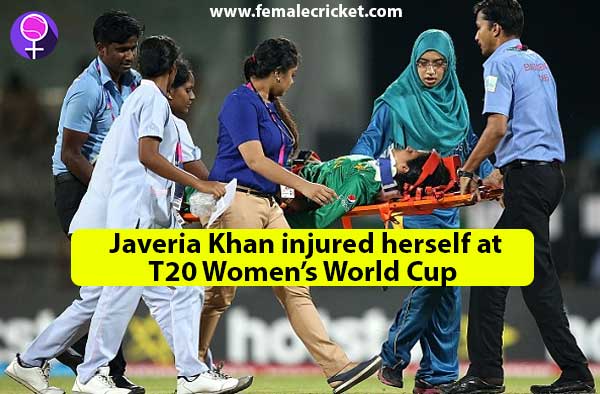 I’m sure we all have witnessed a scene as such but we can hardly fathom the amount of throbbing and suffering the cricketers have to face and the list goes on and on. If you think injuries are short lived accidents that happen then did you know that Yuvraj Singh,the India all-rounder missed Sunrisers’ first seven games while recovering from an ankle injury picked up during the World T20? Injuries to Cricketers are like Nightmares are to Kids.

Some would think female cricket isn’t that exciting because it isn’t as thrilling as the one having their male counterparts or maybe there is no need for women having to put in efforts, you could take it casually you see. It is quite apparent that the amount of physical effort needed from a female cricketer has always been more demanding than that of a male one. Aging in humans come along with many disadvantages but they are inevitable. Performing on the pitch and battling with the season ball comes with a huge price, though an international cricket player has to maintain his/her stand in the world of cricket. According to facts it is a bit easier for a male cricketer to recover from physical illness and body disputes than for the other gender. Female cricketers have to withstand the blazing sun to their constantly changing hormonal and blood pressure levels and to the ever bothering low bone density. If you think I’m exaggerating then you must’ve forgotten about the possible physical injuries that cricketers are vulnerable to almost any time and here I was talking about the usual things that the women have to pull through.

When such a sudden calamity strikes for a cricketer, fame and future is put to a risk. For example, the promising England Cricketer James Taylor was forced to retire at the age of 27 because of a critical heart problem. In a world for women where female cricket is still developing, where the words women and cricket can finally be associated together such a break for a cricketer can reciprocate adverse effects on her career. Just early this month the young and promising all-rounder Sarah Coyote from Australia announced her retirement from all forms of the game at the age of 25 to establish a better balance in life. She had stepped down from international duty a year ago to deal with mental health issues. Emerging from a strong cricket background, she has put together a noticeably consistent record for Australia in the ODIs, averaging 22.00 with the bat and 22.27 with the ball over 30 matches beginning in 2011. Sarah isn’t the only one to take a step back from the game, there have been others too who have taken an indefinite break and eventually quit due to health issues. When such a situation unfolds, it holds as a disadvantage to the whole team as well. The unity which takes time to grow is disturbed. Usual cricketing strategies and priority scheduling have to be reevaluated and advantages provided due to individualistic skills are taken away. Hence health is one such challenge that is prominent among all of the community. So do consider this the next time you see a woman holding a bat before being stereotypical about your opinions because it would take a lot of patience for anyone to move a leg when the body decides to fight back almost everyday.