In a male dominated cricket society there are very few female cricketers that we would know. Ask any other teenager about M.S. Dhoni he will brag about his life story and the 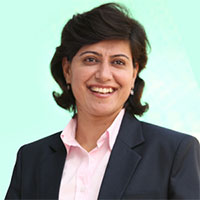 tiniest specification as if he made it all. Well you just need to ask of Virat Kohli, I am sure even the girls would know. The thing which would really take time is remembering the names of all the players in the team of India Woman. So it is time everyone knows about the many hardworking and perseverant female cricketers that have contributed to turning this male oriented game into a considered stereotype now. Anjum Chopra is the name that is seldom acknowledged.

Born on May 20, 1977, Chopra is a fearless left-handed batsman who played a key role in India’s most memorable victories. She made her international debut in the year of 1995 at the age of 17 in an ODI against New Zealand, months after which she made her first test debut too. In her second one-day series against England, she performed brilliantly, scoring half-centuries in two consecutive matches. Gradually, she emerged as one of the most recognized female cricketers in India. Several critics and journalists have compared her batting style to that of the iconic David Gower, and her precision has often been described as ‘lazy elegance.’ With that she earned her captaincy in the year of 2002. She went on to play 12 Tests, 127 ODIs, and 18 T20s, and aggregated 548 runs in Tests, 2,856 runs in the 50-overs format. She returned in the year of 2012. Who says true talent and commendable skills go unnoticed. Cricket South Africa selected her as the Technical Consultant of its national women’s team for the season of 2012-13. She now works as a cricket analyst and also is one of the first female commentators that rock the position giving striking commentary sitting up there in the box. Her in-depth knowledge about the game is what she is known for that makes her one of the well acknowledge and respected person this cricket dimension. In 2016, Chopra earned the honor of being the first Indian woman cricketer to be awarded the honorary life membership of the Marylebone Cricket Club (MCC), along with Zaheer Khan and Virender Sehwag. For her outstanding achievement in sports, she has won numerous awards, including the Arjuna Award in 2007 and the Padma Shri in 2014.

Anjum Chopra shattered the glass ceiling and, along with the likes of Jhulan Goswami and Mithali Raj, provided a much-needed face to the Indian women’s cricket team. She has managed to create an identity in the world of female cricket as an inspiration to the other aspirants. Lastly she explains her life motto to be simple. “It’s all about not doing what everyone else is doing but to make your own presence count.”