But such is Nida Dar and her cricket-crazy, globetrotting, adventurous life where nothing seems out of reach or in the realm of impossibility.

Called Lady ‘Boom-Boom’ fondly by many given her passion for Shahid Afridi, and having played under one of Pakistan’s greatest daughters, Sana Mir, Nida Dar has more wickets than either of the two Pakistani legends in that format of the game that’s honestly more about batters then bowlers. 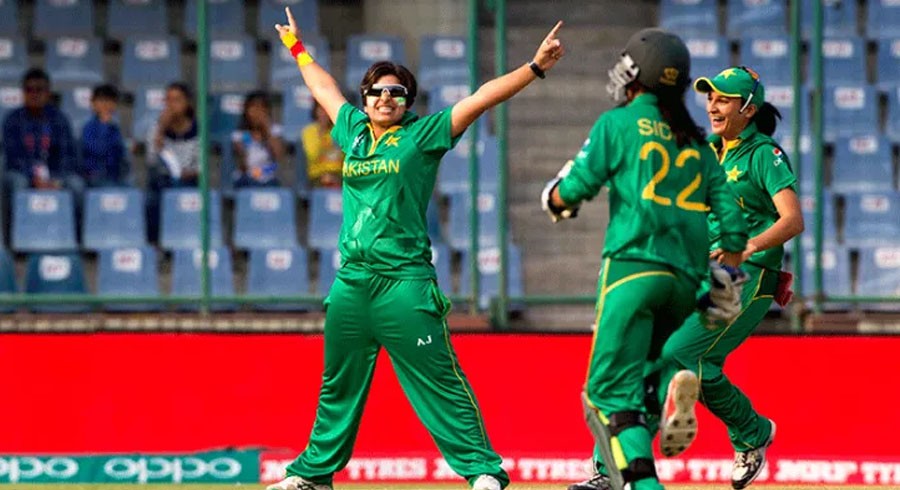 When Nida Dar went past 100 T20I dismissals, completing the milestone against the West Indies, July 1 2021, birthed not just a record, but much relief to Pakistan fans in that they found something to cheer about in a series where little went their team’s way.

Moreover, it further upheld the triumph of a talent that has had to fight all along to chase her cricketing dreams.

In an age where not a single day goes without news channels not highlighting the need to push women to break the glass ceiling, Nida Dar’s success story shines brighter than a term often found on PowerPoint presentations: women empowerment.

Gujranwala’s girl, Pakistan’s daughter, a world-class athlete who knows nothing about quitting or giving up, during Pakistan’s lowly outing against the Proteas earlier this year, the only occasion where the sub-continental powers came close to defeating the hosts was thanks to an all-round show by Nida Dar.

In the first ODI, where Pakistan didn’t have to chase a mountain of runs, requiring no more than 201, had it not been for Nida Dar’s 59 and a great unbeaten stand of 60 with Diana Baig, Pakistan would never came come close, achingly close at 197.

In that very contest, Dar increased the pressure on the batters, taking two wickets for 35 off 10 overs. Though Nida wears a hat that has more feathers than that, one from which she often takes out rabbits akin to a skilled magician. When not even the great Sana Mir, or the dependable Nain Abidi or the fantastic Aliya Riaz or Muneeba Ali could break barriers and reach Down Under to play one of Cricket’s most fascinating leagues, Nida Dar made history by becoming the first-ever Pakistan player to sign up with the Women’s Big Bash League.

In 2019, she became Sydney’s thunder but not from Down Under, having flown from miles away from a Pakistan where a big reason why many girls wield the bat or turn the ball today is down to heroes like Nida Dar.

Stats that would move any esteemed talent in awe and admiration, whether a Stafanie Taylor, Suzie Bates or Marizanne Kapp, a sign of consistency that would prompt the great Meg Lanning to smile.

Though make no mistake. Nida Dar’s success is also down to her longevity in the sport, having debuted way back in 2010, a year most remembered for England being the World T20 men’s winners whilst her Pakistan reached the semis.

An athlete that won’t quit without giving her hundred percent to the game, one of the glaring examples of Nida Dar’s unrelenting athleticism on the turf is the fact that 8 of her 72 ODI dismissals have come by way of caught and bowled. That’s a ninth of her ODI wickets tally.

Nida, however, doesn’t throw around her weight being this outstanding athlete or popular cricketer; a fun character on the pitch as also a team player but someone who likes to enjoy life away from the grind of the game, Dar’s motto is to live life to the fullest.

There’s never a dearth of thrill and always that extra ounce of energy she brings to a collective that’s Pakistan women’s team, one that seems incomplete without her daring presence.

There would be spurts of aggression on the pitch, but never rubbing her opponents the wrong way. Though despite all that she’s come to achieve, Nida Dar isn’t someone who’d engage in shenanigans or retort to anyone wildly.

A fine example of which we learnt when recently Abdul Razzaq did something unmanly in referring to Nida Dar’s hairdo as being somewhat manly on a popular talk show, the response of which was Dar smiling gracefully without giving it back when she could so easily have.

At 34, and at the peak of her powers, Nida Dar brings a dash of charisma to a game in which she can still go a long way.

May that always be the case, always for a sense of purpose and pride for her Pakistan as has been the case in all these years.