2019 was quite a year for women’s cricket. Lots of runs were scored, wickets taken and records shattered. Let’s have a look at the One Day Internationals stats from the year –

Carrying her terrific form from 2018, the recent ICC Women’s T20I Player of the year Alyssa Healy topped the list with 669 runs. Following is the English opener Tammy Beaumont with 601 runs, then Natalie Sciver from England with 479 runs, also the Australian star Meg Lanning with 477 runs and at last is Sarah Taylor with 472 runs.

The left-arm spinner Jess Jonassen from Australia has impressed the most this year by taking 23 wickets; she caught eyeballs even with her batting. The next is Anya Shrubsole from England who bowled fantastically the whole year and missed the first place by 1 wicket. Following is the Rachael Heyhoe Flint award and ICC Women’s player of the year in ODI winner, which is none other than Ellyse Perry. Her 21 wickets came from 12 ODI’s. At the last, we have two Indian bowlers Poonam Yadav and Jhoolan Goswami, Jhoolan is now the highest wicket-taker in ODI history! 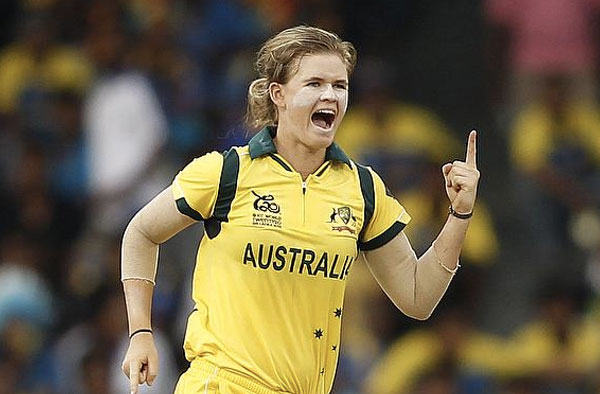 The top scorer of the year Alyssa Healy is again on the list with Rachael Haynes as they both made a superb partnership of 578 runs. Then there are the English batters Tammy and Amy with 537 runs partnership throughout the year. Guess what Alyssa Healy scored so many runs that she is again in the top partnership with Meg Lanning. Next is the Indian pair Smriti Mandhana and Jemimah Rodrigues who made a mark for India in this season. At the last we can see Australian domination again as they have won all the 12 ODI’s this year, we have Beth Mooney and Ellyse Perry in the 5th position with 391 runs partnership.

Clear dominance by the Australian side this year as they won all the 12 ODI’s this year. Players like Alyssa Healy, Ellyse Perry, and Jess Jonassen helped them to make such a record. Following them are the Indian women’s team with 9 wins in 15 matches and England with 9 wins in 12 matches, then England, Pakistan, South Africa, West Indies, Bangladesh, New Zealand, and Sri Lanka.

This year was overtopped by the Australian side, as they have topped every category and have a 100% success rate in ODI’s.