Lalbhai Contractor Stadium, Surat will host the five women T20 Internationals between India Women and South Africa Women in September-October. A total of 12 pitches are being prepared for the series. All the matches will be day/night encounters and will be played under floodlights. 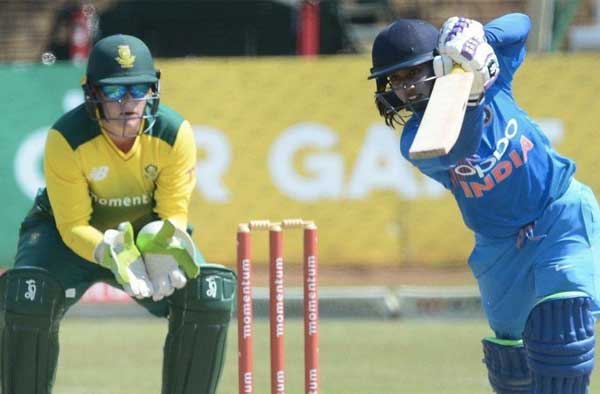 The 8000-seater stadium in Gujarat was renovated in 2009 at a cost of nearly INR 12 crore, with the addition of two state of the art pavilion as well as floodlights in a bid to ready the ground for international cricket.

Confirming the news, Mayank Desai, treasurer of Surat District Cricket Association (SDCA) said, “Twelver poles with 384 lights giving 1500 watt of electricity are ready to provide all required light international standard cricket. The two warm-up matches will be played before the five internationals to be played on September 25, 27, 30 and October 3 and 5.
All international standard and required facilities are being set up.”

SDCA was demanding an international match from the Board of Control for Cricket in India (BCCI) from the past ten years. But all the matches used to be allotted to Ahmedabad till now as SDCA comes under Gujarat Cricket Association. However, former India captain and under-19 men’s team coach, Rahul Dravid recently visited the Surat stadium and was impressed with the SDCA facilities.

There is no news whether the matches will be televised or not. But since all the games are day/light, it is expected to pull crowd in large numbers.

An ODI series in Baroda, outside of the Women’s Championship, will be played subsequently although it is understood that the number of matches to be played is still to be ascertained by the two concerned national boards.

Also Read:  Cricket Australia is ready for a female to run the game : Ellyse Perry

So, Surat are you excited to host first ever Women’s international fixture? Comment below your thoughts!