The Cricket Advisory Committee (CAC) has done with the interview process and has recommended former coach Ramesh Powar for the role of the Head Coach. Powar will now replace WV Raman to take the charge of the Indian Women’s National Team.

“The Board of Control for Cricket in India (BCCI) announces the appointment of Mr. Ramesh Powar as the Head Coach of Team India (Senior Women). The BCCI had advertised for the post and received over 35 applications,” the BCCI statement read.

“Looking forward to taking Indian women’s cricket ahead. Thanks a lot, CAC & BCCI for this opportunity,” Powar’s tweet read after the news of his appointment.

Looking forward to take india women’s cricket ahead. Thanks a lot CAC & bcci for this opportunity. https://t.co/mpa7uuocps

Under Raman’s leadership, the Indian team went on to play the T20 World Cup Finals in the year 2020. Though they lost the game but remained unbeaten in the league matches. Raman’s contract expired last year in October, but because of the pandemic situation, he was asked to continue till the South Africa Tour of India 2021.

The interview process began yesterday as 3 candidates out of the six shortlisted were interviewed yesterday and the remaining 3 were interviewed today. The committee, which consists of a three-member panel namely Madan Lal, Sulakshana Naik, and RP Singh, finalized Ramesh Powar’s name to fulfill the role of the head coach.

“He has been coaching for a while. His vision for the team impressed us the most. He has a clear-cut plan for the team, what he wants to do with it to take it to the next level. He also has full clarity on all aspects of the game. Now he needs to deliver on that,” selector Madan Lal was quoted according to PTI.

“I was also very impressed with the views of the four female candidates. It showed they are very much in touch and involved with the game. Future is bright for all of them,” Lal added.

Also Read:  "The focus for us is on winning the World Cup," says Punam Raut 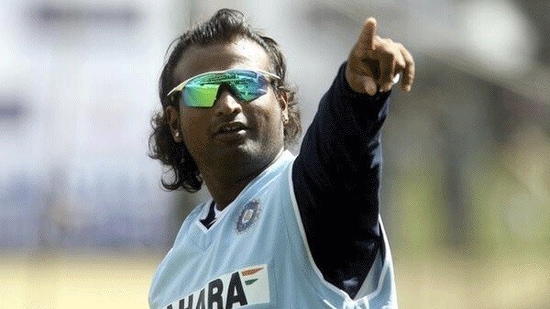 When BCCI invited applications for the role of Head Coach, Raman had reapplied. Now that the CAC has selected Powar to take the team ahead, this will be his second time as a coach. He had coached the team back in 2018 and the team went on to play the semi-finals of the T20 World Cup of 2018.

Powar went on to coach the India A side and then the Mumbai men’s team for the Vijay Hazare Trophy 2021 after they won the Syed Mushtaq Ali Trophy. Indian Women’s Team will now start preparing for their England Tour as the coach has been assigned.

The women’s team will be leaving for England along with their newly appointed coach. The women in blue will be playing a one-off test, a three-match ODI, and a three-match T20I against England starting June 16th. Five players from the contingent namely Shafali Verma, Harmanpreet Kaur, Smriti Mandhana, Jemimah Rodrigues, and Deepti Sharma will be staying back after the tour ends, as they’re set to participate in the inaugural season of The Hundred.