Big News for all the Female Cricket fans around the World, when BCCI announced the final squad for the biggest event Women’s Cricket World Cup 2017.

Mithali Raj remains the ideal choice for the captaincy and will be seen leading India. Surprisingly, Smriti Mandhana made an entry in the squad after a long injury.

Harmanpreet and veda Krishnamurthy’s form earned them a place in the squad. Youngsters Deepti Sharma, Nuzhat Parween, Poonam Yadav and Mansi Joshi have earned their spot, given their consistent performance. 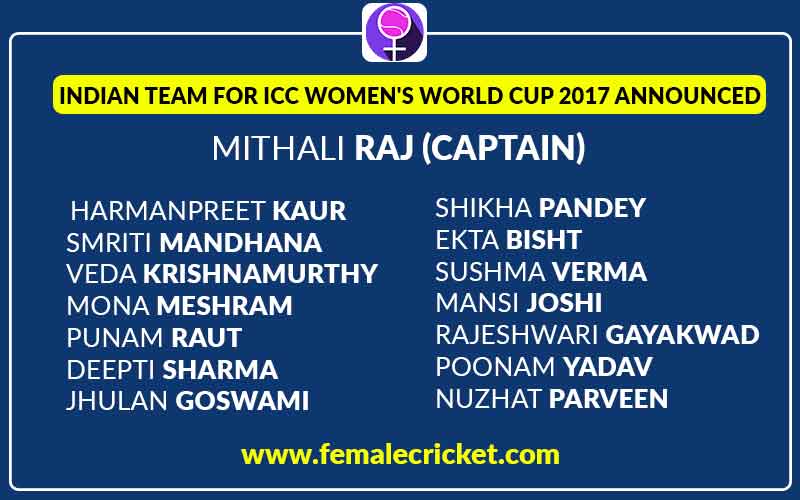