Meg Lanning would love to see an increase in women’s Test cricket, urging India, New Zealand and South Africa to join Australia and England in donning the whites.

Australian captain Lanning, who has played just three Tests in her eight-year international career, said on Wednesday that it would be great to see some of international cricket’s other sides rejoin the Test sorority. 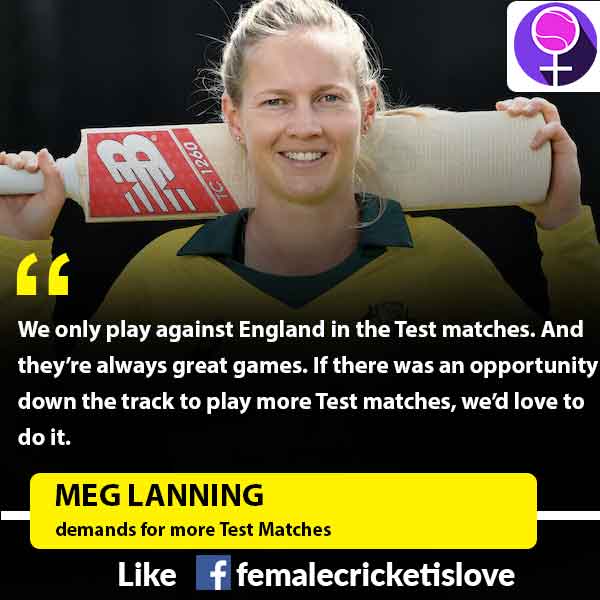 “Obviously we only play against England in the Test matches. And they’re always great games, and we look forward to those, putting the baggy green on. If there was an opportunity down the track to play more Test matches, we’d love to do it. It’s obviously difficult to fit into the schedule, and obviously at this stage no other countries play Test matches, so that proves a little bit difficult.

“India are rising in the women’s game. I think they could play Test match cricket. You’ve got New Zealand and South Africa as well, who are probably the stronger ones I guess. Only England at the moment, but hopefully those other countries are keen to do it.”