The Ashes are almost upon us. The old rivals, England and Australia, will kick start the tournament on 22nd October Sunday with the inaugural ODI clash in Brisbane. Over a period of one month, the two teams will compete for the Ashes trophy in a multi-format points system. 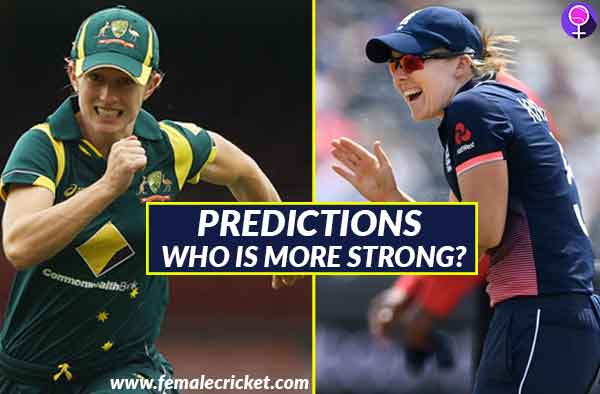 Although England and Australia have been playing Tests against each other since 1934, the Ashes trophy came into existence only in 1998. In a low-key ceremony, a miniature bat was burned and the resulting ashes were placed in a cricket ball shaped trophy. Until the 2013 series, Tests were solely used to decide the winners.

While Australia is the current holder of the trophy, having won it 10-6 back in 2015, they will be coming up against the current number 1 ranked ODI team. England climbed to the top of the ODI table on the back of their successful 2017 World Cup campaign which saw them clinch the title in a thrilling encounter against India in front of a packed Lords stadium. England also beat Australia in the group stage in another tense match by 3 runs. Australia would look to put the sting of that defeat behind them as they take on England on Sunday.

Australia will be without their star batsman and captain, Meg Lanning, who will be sitting out of the tournament due to a shoulder surgery. Rachael Haynes will captain the side in her absence. She comes into the tournament having scored 103 not out and 83 in the domestic season. Her good form and leadership experience at NSW and Victoria should stand her in good stead. Alex Blackwell, Nicole Bolton, Elyse Villani and all-rounder Ellyse Perry, all game changing batters in their own right, will hope to fill the remaining huge void created by Lanning’s absence.

The 20-year old off-spinner, Ashleigh Gardner, is tipped to be the wild card in Australia’s bowling ranks. Megan Schutt, the fiery opening bowler will be bolstered by the additions of Lauren Cheatle and Tahlia McGrath to the squads.

Heather Knight, like her Australian counterpart Rachael, provides a calm presence both with her captaincy and her batting. She will be ably backed by Tammy Beaumont, who won the Player of the Tournament award at the 2017 World Cup compiling 410 runs. Ace all-rounder Natalie Sciver, of the Natmeg fame, will provide the firepower to England’s batting. Her 7 wickets and twin centuries at the World Cup along with a vital contribution of 51 in the final earned her the NatWest Women’s Player of the summer award. Sarah Taylor will provide a reassuring presence behind the stumps with her excellent keeping skills.

England bring perhaps their best-ever side to the Ashes, fresh off winning the World Cup and now ranked number one in the world. Australia are without their former captain, Meg Lanning, but still retain maybe the deepest batting order in women’s cricket. England enter as modest 2/3 favorites per the oddsmakers at mytopsportsbooks.com, and the series could be decided by matchups with particular bowlers — Anya Shrubsole and Katherine Brunt are both at a very high level right now — or by the emergence of young batters, with Ashleigh Gardner looking ready to break out in a huge way.

A veteran of six Ashes series, the right-arm quick Katherine Brunt will be looking to draw on her experience to beat the arch rivals. She along with Anya Shrubsole, who delivered a memorable spell of 6 for 46 in the World Cup final to snatch a famous win, will provide a daunting opening attack. The left-arm spinner Alex Hartley with a knack of providing key breakthroughs is another player to watch out for.

As if the Ashes factor weren’t enough, the ODIs have an added motivation of picking up points for the ICC Women’s Championship. Come this Sunday, all eyes will be on the sworn rivals in what promises to be an exciting kickoff to an Australian summer.