On 30th september, first ever women’s T20 championship was organized by Jammu and Kashmir state sports council, headed by Waheed-Ul-Rehman (secretary, sports council) under the banner of State Cricket Acadmey. 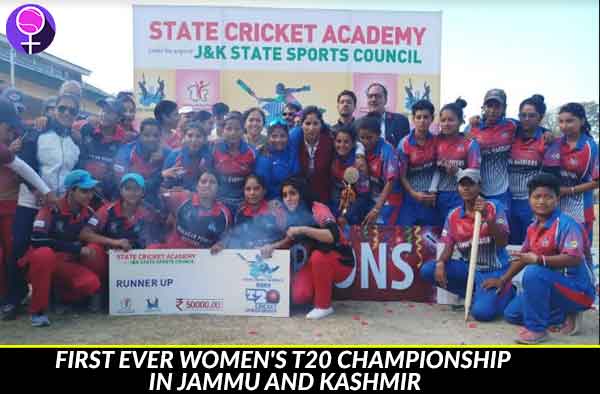 13 teams from Jammu and Kashmir participated in the tournament.

Team Ladhak made their debut in the tournament. 3 teams from Jammu and 9 other teams came together from other districts of Srinagar.

Chief minister of Jammu & Kashmir, Mehbooba Mufti graced the inaugural function with her presence and motivated the girls with her kind words. “Time has changed now and girls have to come out and show their power”, she quoted. Following 13 teams participated in the tournament:

Of which only 8 qualified for Quarter-finals:

The semi-final was played between

Final was played between Jammu Warriors and Srinagar Power Hitters