On Tuesday, the International Cricket Council (ICC) announced the nominees for May’s ICC Player of the Month Awards to acknowledge the top performances from both male and female cricketers across all formats of international cricket.

Fans can cast their votes on ICC’s website for their favorite players of the month for May. In this article, the female nominees for the May’s ICC Player of the Month Awards are highlighted. The three nominees are Kathryn Bryce (Scotland), Gaby Lewis (Ireland) and Leah Paul (Ireland).

About the ICC Women’s Player of the Month Nominees for May:

Kathryn Bryce (Scotland): The 23-year old all-rounder is the first player from Scotland, male, or female, to make it to the top 10 of the batting or bowling lists in the MRF Tyres ICC Player Rankings released recently. She featured in four T20Is against Ireland last month where she scored 96 runs, including the highest score of 45 not out and scalped five wickets with an economy rate of 4.76. Gaby Lewis (Ireland): The 20-year old all-rounder played four T20Is against Scotland last month where she scored 116 runs at 29.00 with a strike rate of 116.00. She became the leading run-scorer in the series between Ireland and Scotland, with innings of 47 and 49 in the second and fourth game respectively. Leah Paul (Ireland): The 21-year old slow left-arm bowler had a wonderful outing against Scotland last month as she picked up nine wickets at an economy rate of 4.44 against Scotland to become the leading wicket-taker in the T20I series. 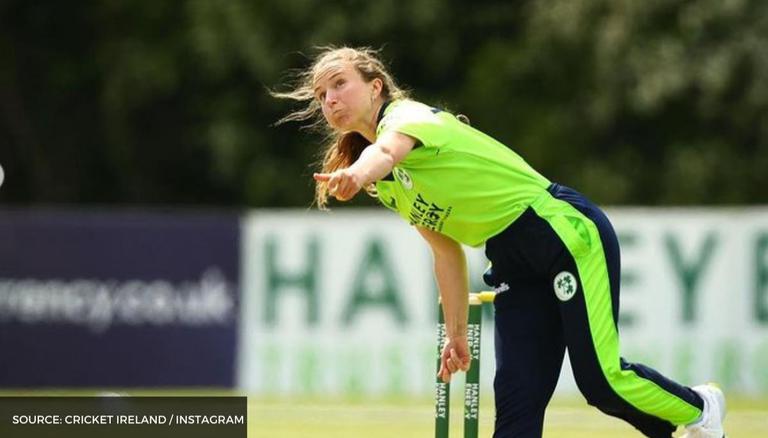 The ICC Player of the Month voting process:

The three nominees are shortlisted based on the on-field performances and overall achievements during that month (the first to the last day of each calendar month). The shortlisted players are then voted on by the independent ICC Voting Academy and fans around the world. The ICC Voting Academy consists of prominent members of the cricket family including senior journalists, former players, broadcasters, and some members of the ICC Hall of Fame. The Voting Academy enjoys 90 percent share of the vote, while the will have a 10 percent share of the vote. Winners will be announced every second Monday of the month on the ICC’s digital channels.