The much-awaited competition in the world of cricket kicked off on July 21 with a women’s game when Manchester Originals took on Oval Invincibles at the Kennington Oval, London. It was a cracker of a contest as both sides fought tooth and nail. The atmosphere was electric, thanks to the large crowds pouring in and of course, the colorful jerseys and logos made the event a splendid spectacle.

With the first game garnering 1.6 million views on the BBC, making it the most-watched women’s cricket match ever on the platform, it is expected that the upcoming matches will also receive a similar response from the fans.

The opening game of The Hundred has attracted a peak TV audience of 1.6m, making it the most-watched women’s cricket match ever on the BBC.

The second match of the tournament will be played between Birmingham Phoenix and London Spirit. Catch all the live action and do not miss even a single ball because each ball is unequivocally an event in itself. 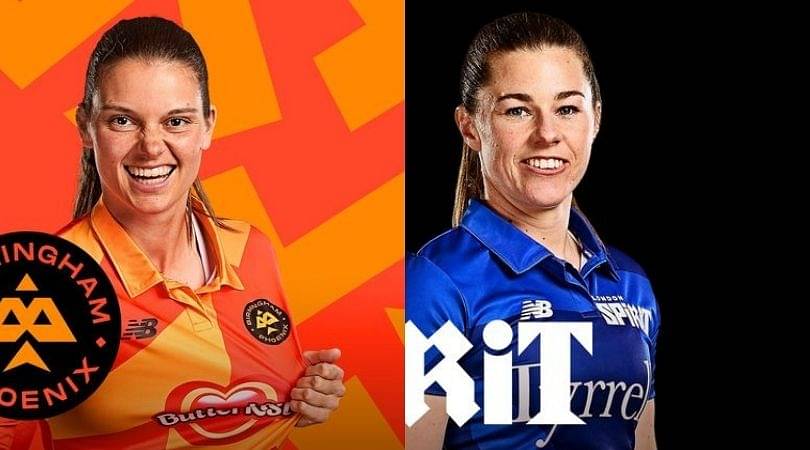 Players to watch out for

The England wicket-keeper bat is an attacking player and is known for her ability to use the long handle at will. Be it ahead or behind the stumps, she is a complete utility player. She made her international debut in 2013 and since then has featured in 112 international fixtures. She has played 60 T20Is and has scored 864 runs at a strike rate of 117.23. As a keeper, she has accounted for 46 dismissals. Just before the Hundred, she was a part of the India-England series and had a good outing with both bat and gloves.

India’s young batting sensation has taken the cricketing fraternity by storm, courtesy of her aggressive style of play. The world number one T20I batter has been a terrific opener at the international level since 2019. She has featured in 25 T20Is and has scored 665 runs at a strike rate of 145.19. The fact that she has been in England since June will help her cause as she has acclimatized well to the conditions.

The England opening bat is an attacking player and has the reputation of providing a solid start to her team. She can pace her innings well and if she gets going nothing can stop her from scoring big. The right hand bat made her debut for England in 2009 and since then has featured in 176 fixtures, including 94 T20Is and has scored 1572 runs in the shortest format at a strike rate of 107.74.

The swashbuckling right-hand bat from West Indies has the ability to take the game away from the opposition single-handedly. Apart from her batting, she can chip in with the ball as well as she can roll her arm over to bowl those occasional off-spins. She has played 121 T20Is for West Indies and has mustered 2627 runs, including two centuries and 12 half-centuries. In 2010, she scored her first century in T20Is to become the first woman cricketer to register a century in the shortest format.

The match will be played at Edgbaston in Birmingham. The weather looks nice and good with the sun shining bright. There is practically no chance of rain interruption as the weather report states that there is low chance of precipitation.