Both Sunrisers Hyderabad and Kolkata Knight Riders are powerful teams when we talk about the players. Both the teams have a very good mix of players from different countries. But the fans were eagerly waiting to watch few players in action, that being SRH spinner Rashid Khan and power-hitter Jonny Bairstow, and KKR’s top order players who showcased great grit on the field last season. Everyone was eager to watch Kane Williamson back in the orange jersey, but to our shock, he wasn’t picked for the first game. 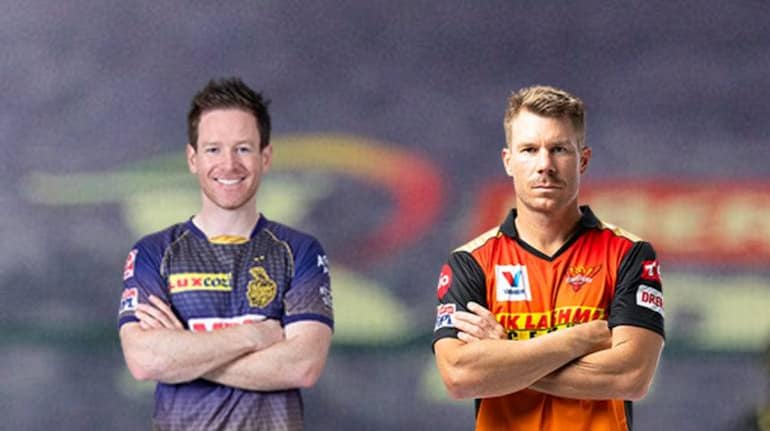 Winning the toss, SRH elected to bowl first. KKR openers Nitish Rana and Shubhman Gill went strong till the end of the powerplay, bringing up a 50-run stand. But the latter lost his wicket just after the powerplay. As Rahul Tripathi joined Nitish Rana, the two-faced a difficult time on the crease as the spinners gave them a hard time. Tripathi scored a quick 29 ball 53 before departing. Muscle man Andre Russell failed to make an impact this time, as he was sent up the order and lost his wicket scoring just 5 runs. Neither did skipper Eion Morgan put a great show as he departed on the third ball that he faced. Ending the innings, Dinesh Karthik hit 22 runs off just 9 balls taking KKR’s score to 187/6.

SRH openers were out in the middle to chase. Skipper David Warner was joined by keeper Wriddhiman Saha but both of them failed to score as they had to depart in the initial overs. The two were replaced by Manish Pandey and Bairstow, whose performance with the bat was just enigmatic. Both of them managed to get a half-century for themselves, bringing in a ray of hope for the Sunrisers. They added 92 runs to their partnership before Bairstow lost his wicket. The team struggled to score runs after his wicket as neither Mohammad Nabi nor Vijay Shankar could add many runs to the scoreboard. Pandey remained still till the end of the game, but SRH fell short of 10 runs as KKR won the match.

Prasidh Krishna picked two wickets for KKR whereas Shakib Al Hasan, Pat Cummins, and Andre Russell picked one each. For SRH, Rashid Khan and Nabi picked 2 for their scalp, and Natarajan and Bhuvneshwar Kumar picked one each.

KKR Skipper Morgan felt that his team performed very well in the first innings. He praised his top-order batters saying they set the game very well for the middle order. SRH skipper Warner felt that the top order batters managed the game well after losing the openers, but the overall execution might have gone a bit in the wrong direction.