In another fortnight’s time the Caribbean will become the hottest destination for the cricket lovers from around the globe. The 6th edition of the Women’s World T20 will begin on 9th November. There will be ten teams competing for the glory with host West Indies, Qualifier winners Bangladesh and Ireland, as well as traditional super powers like Australia, England and New Zealand. 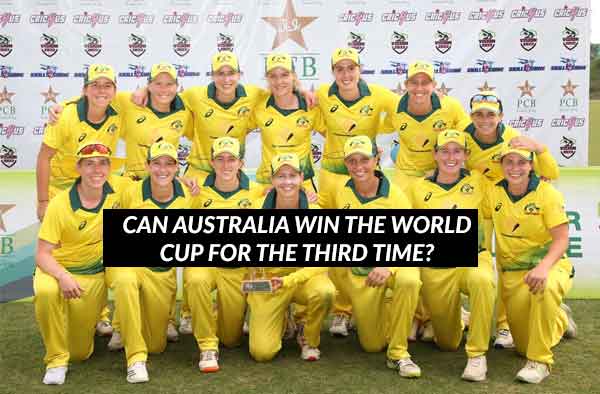 Australia will again start the tournament as one of the favourites. Why would not they? Unlike their Men’s counterpart they are the most successful team in the history of Women’s World T20 with three Champion’s medal out of five previous editions. They were runners-up in the 2016 version in Kolkata; when a young West Indies team stunned them and won the match by eight wickets.

Australia’s fifteen member squad gives a familiar look as most of the big guns are present. They have retained the core of the team from last year’s fifty over World Cup with ten out of fifteen players represented in that tournament. Meg Lanning will again lead the team with Rachael Haynes as her deputy. Alyssa Healy and Ellyse Perry will be the two strongest cogs in their line up performing multiple duties.

Nicole Bolton is an interesting selection which shows that the selectors went for the recent performance rather than the history as she was primarily considered as a 50-over specialist. However her recent performance for Perth Scorchers and Lancashire Thunder was impressive and got rewarded.

Georgia Wareham and uncapped fast bowler Tayla Vlaeminck are some of the new team members who are eager to impress in Australia’s series against Pakistan as the preparation for the World T20.

There is only one injury concern for the team as Jess Jonassen is still recovering and will be only available with her services during the T20 series against Pakistan in Malaysia.

Australia has multiple strong areas in the team and it will be foolish for the opponents to think about only one of those. However T20 being primarily a batting game, Australia’s strong middle order including Meg Lanning, Elyse Villani, Rachael Haynes followed by the big hitting of Ellyse Perry will be a real plus. By looks of it they do not show many weakness areas in the team however they should focus on the day and should avoid incidents like they faced in last year’s World Cup Semi-final when Harmanpreet Kaur  single-handedly threw Australia out of the tournament with her blistering 171.

Australia is placed in Group-B with India, New Zealand, Pakistan and Ireland. Top two teams will qualify for the semifinal and it will be mostly a three-horse race with both New Zealand and India expected to challenge Australia for a spot in the Semi-final. However, with a 3-0 win over New Zealand in home earlier this month, Australians will be confident to win over those challenges and try to regain the crown for the fourth time.