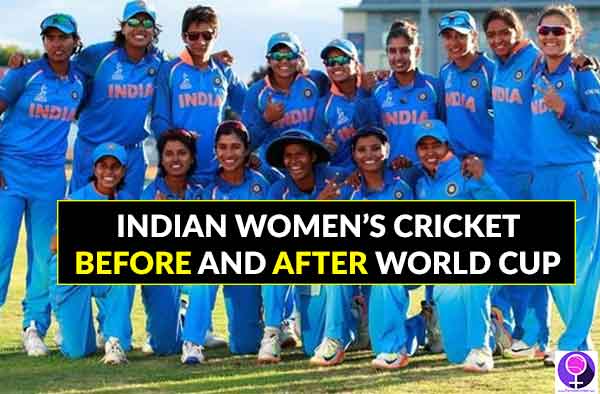 Anyways; we all love the sport of Women’s Cricket and we all would love to watch them play. So having said that, the question arises, what is it that we really want? To watch our Indian Women play or WIPL (Women’s Indian Premier League) & that is what is the conflict that we are facing at the moment. The key factor here is to “Watch them play”. But on a very practical scenario we aren’t getting either of it. India as such is not a sporting nation per say. Out here, Hockey is a sport, Wrestling is a sport, Badminton is a sport, but when you say cricket, it means, watching Sachin Tendulkar, Virat Kohli, M.S.Dhoni & Co. play. And then there is Women’s Cricket.

Also Read: What happened to Women’s Cricket before and after BCCI merger?

We have had sports ministry and all, but it has been just a political cabinet, but no serious development has taken place. There have been times when sporting seminars were held but the sports personnel’s were serving as waiters. Till very recently, the ministers from the sporting authorities have traveled 1st class, where as the sports person travels economy & that is for international travel, for domestic travel it would be the 2nd class compartments of trains & local buses. There are plenty of examples where sports personals have sold their medals for a living. There are plenty of examples were participation of a athlete was rejected by the Sports authorities to an international sporting events, under the pretext of their performance not being up to the mark. Not going very deep in the past, there were 2 incidences during the recently concluded Track & Field event held in England. 1 Male athlete was discouraged from participating in the event & 1 female runner was not sent, inspite of receiving an invite from the event, based on her achieving the minimum qualification time.

Participating itself is a task, leave aside the accolades. The performers are assured prize monies along with the praises after valiant performances. The promised amount is praised by the media & then later forgotten by everybody. The latest example is of the Rio Olympics & Para-Olympics.

Few years back there was a new experiment done in the lines of IPL, Pro Kabaddi League (PKL) on a business channel called Star Sports. It was an instant hit. There was a sizable amount of international players playing our purely Indian sport. Good! In their last edition i.e. 4th season, they tried another experiment “Women’s Kabaddi Challenge”, It was a valiant attempt; Very Good. The latest edition of PKL they tried 1 more experiment KBD Juniors, Awesome! BUT THEY DROPPED WOMEN’S KABADDI CHALLANGE! WHY?!?

Sports, out in India are an extracurricular activity. Except of a few exceptions, the male international cricketers earn their living (practically much more than a living) by playing Cricket. Whereas a Mithali Raj or Jhulan Goswami has a job with Railways, or any other International sports person for that matter have job’s with various companies that earns them their living (Not that they have to attend 9 to 5 office everyday)

Now that we have an understanding of how are sports seen in India let’s take our attention to the point that is gathering voice presently. WIPL – Women’s Indian Premier League (let’s just consider that as a name since there is no such thought going around at the moment.

Later in 2006, as per the directives of ICC very reluctantly BCCI absorbed the unwanted girl child under its banner. The basic money did come in, but as per the basic mentality of the nation in general of “O god it’s a girl, get an abortion done” or “We don’t want this girl child, leave here somewhere & only then enter in the house” they will give birth to a series of 2/3/4/5 girls till a boy is born. They will worship goddess Lakshmi only with a hope that she will bring in some money. I’m talking about that mentality, which was reflecting even in BCCI’s approach towards Women’s Cricket. Anyways I’m not talking about that in this article, that will be an article in itself if I start writing about it. The WWC17 concluded in July, it is October now. Very soon, AUSW will be playing ENGW, PAKW will be playing NZW & SLW will be playing WIW. Even the smaller nations like Thailand, China, Hong Kong & likes have matches scheduled. But as per the BCCI website, INDW has no scheduled international cricket matches at all. Sure there is a Senior Women’s One Day League which is happening in Dec17 followed by Challengers Trophy happening in Jan 18, but technically that’s Domestic Cricket, and then there is the T20 World Cup (not featured on the BCCI site) in Nov/Dec 2018. Whereas, as per the website the Men’s team has a schedule fixed till mid 2018.

On 9th Oct in a conference held by ICC, in New Delhi, the now retired Anjum Chopra & the Mithali Raj shared the schedule of INDW against SAW which starts from 5th Feb 2018. BCCI seemingly unwillingly did put up a video of Mithali Raj from the conference, but the women’s teams schedule against SAW is still missing from the BCCI website.

Looking at the over-all approach of BCCI towards INDW, they surely don’t seem interested in WIPL for the next few years atleast. As it is Mr. Anurag Thakur about a year back (when in power) did say that they have it on their minds in the 5 year plan.

However IPL wasn’t a BCCI initiative, it was the brain child of a certain Mr. Lalit Modi which was backed by Sony Television Network, which then BCCI took over as they saw money in it, & a lot of Money in it. Please understand that Cricket in no more a sport in India. The cost towards telecasting rights, telecast itself, as against the Advertising revenue involved in it. The sport has been completely commercialized. So there is no reason why a potential WIPL would/should not be looked at, with the same perspective.

Before the WWC17 INDW was playing in a 4 nation series involving SAW, ZIMW & IREW. The same was not televised. So I tweeted to @StarSports asking them about the same, they responded, “Hi! We do not have the broadcast rights for the Women’s Quadrangular series, which will be held in South Africa from May 7”. So I further enquired “be a bit specific, do u not have it, or did u not take it?” to which there was no reply. Let’s face it, the clients are still not seeing the sport of Women’s Cricket with an effective medium of advertising perspective, they are seeing the glass half empty. Frankly, during the WWC17, till the Semi-Finals, how many ads did you see during the telecast of the matches on TV? Only Channel promos, no Commercials. It is an alarming fact. Only during the Finals did we get interrupted by commercials. Sure it was a treat to the audience “No Ads; Great! ”, but the fact is that the treat to the audience is actually a loss of revenue to the channel, which will eventually lead to lack of interest during the future matches. So the channels are not very keen in the WIPL either.

WIPL if happens will be in a T20 format. Let’s take a look at the performance of the Indian team & players (min 15 matches played) in the format:

Over all if you try to understand, the stats don’t look very exciting/thrilling. Face it, Indian Women’s Cricket is a bit slow, which tends to a slight lack in the overall expected audience.

But the same can be read the other way round, WWC17 was televised without advertising back-up, the performance of the girls was upto the mark, the audience was there & finally the advertisers also realized the worth in spending money on the matches. Sharing some stats released by ICC recently.

The question is; would the channels & the advertisers put faith on the girls. And that is when a Women’s T20 match was held just before the KPL final. Are these the signs to come?

Will the potential WIPL happen sooner than the suggested 5 years?
Will it face the fate of Women’s Kabaddi Challenge?
Or will it be up-held like Pro Kabaddi League or Indian Soccer league?
Will officials give the due respect to its unwanted girl child?
Only Time will tell!