29th September, Saturday is a very big day. The summer of cricket in Australia starts with a Trans-Tasman rivalry. The White Ferns are going to tour the neighbouring land where they will be locking horns against the Southern Stars. The Southern Stars will be looking to start the new season on a positive note whereas the White Ferns will be eager to continue their impressive form against the mighty Australians. They will play a 3 match T20I series starting on 29th of September. It will provide a good practice for both the teams before the T20 World Cup in the Caribbean. All the details of the Commbank Australia vs New Zealand series is given below. 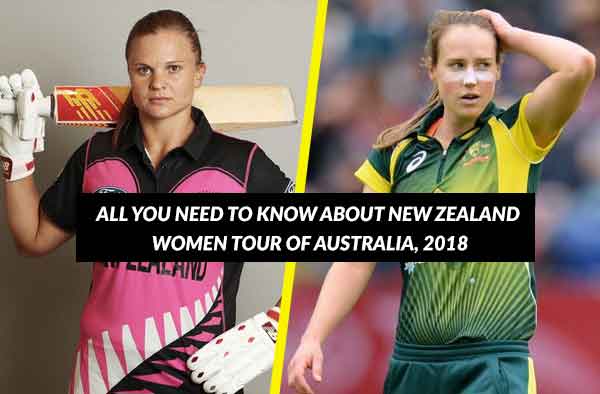 The return of Meg Lanning in the squad is the biggest positive and will be looking to capitalize before the World Cup in West Indies. The recent form of Rachael Haynes in the recently concluded KSL is a bonus for the team. The player to look after in the series is the all rounder Ellyse Perry. She had a season to remember last year and will be much eager to continue her form on the home soil. The hard hitting all rounder Ashleigh Gardner who can easily clear the ropes will be hard to stop if she gets going. The consistency of Megan Schutt with the ball in T20s is hard to get away.

Players to watch out for.

The most experienced player Suzie Bates will not be leading the side. Suzie Bates has stepped down as a captain and Amy Sattertwaite has been honored with the captaincy role. Her consistent performances with both the bat and ball will be effective. The strong hitting batter Sophie Devine will be dangerous in this format especially with the fielding restrictions.The ability to clear the ropes with ease makes her a player to watch out. The teenage sensation Amelia Kerr will be looking to perform against a good opposition like Australia. Her leg break would come handy to restrict runs in the middle phase of the innings. Also the fast bowler Lea Tahuhu will be eager to perform in seam friendly conditions.

Players to watch out for.