India survived a scare at the hands of Sri Lanka in the second ODI at Galle on Thursday and secured an unassailable lead of 2-0 in the three match series. Winning the toss and electing to bat, India got into a spot of bother as the openers got out in quick succession. Indian T20 skipper, Harmanpreet Kaur and young Deepti Sharma too followed suit. The Indian innings was firmly held at the other end by none other than Mithali Raj. 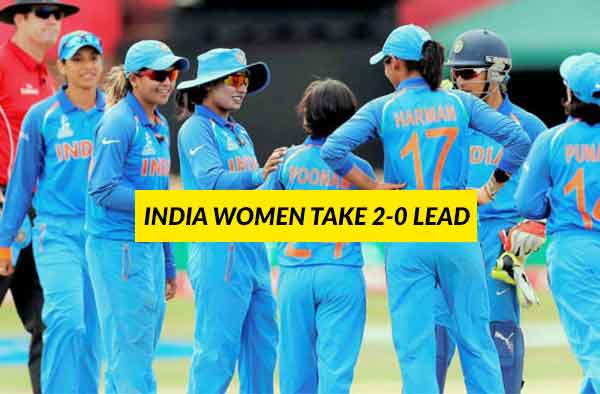 A determined Raj played a crucial knock of 52 off 121 balls. Playing their first innings in International Cricket, Taniya Bhatia and Hemalatha Dayalan played positive Cricket and managed to get India to a respectable total of 219 in 50 overs. Taniya, the 21 year old keeper batter breezed past the fifty run – mark and scored 68 off 66 deliveries with nine boundaries to her credit.

The Sri Lankan run chase was led by the skipper herself, Chamari Athapattu who made an invaluable 57. Mansi Joshi and Rajeshwari Gayakwad ensured that Sri Lanka kept losing wickets at regular intervals. Athapattu found a reliable partner in Shashikala Siriwardene who managed to score a sedate 49 off 91 balls. Long fielding sessions paid rich dividends for the blues as they managed to effect three crucial run-outs. Taniya Bhatia was at her best behind the stumps as well, pocketing two sharp catches.

The Sri Lankan middle and lower middle order did their part to stay alive in the contest and sent chills down the spines of the Indians in the 44th over as Nilakshi de Silva aerially cleared the boundary twice and brought some joy to the spectators. Eventually , the home side fell short by 7 runs. Rajeshwari Gayakwad and Mansi Joshi were the wreckers in chief picking two wickets apiece.

The final ODI will be played on Sunday at Katunayake which will host two T20 matches as well. The Indian team will be tempted to test its bench strength while the hosts will look to end a lean patch.