India played their second ODI against England yesterday. India lost the match by 5 Wickets, but a lot of eventful things happened during the course of the match.

India had a good start to their inning, the openers, Shafali Verma and Smriti Mandhana put up a 50-run partnership but things started going downhill the moment Mandhana got out in the 12th over, after that the wickets started falling like dominoes.

After Smriti, Jemimah Rodrigues went for a cheap 8 runs, then came the wicket of the big fish, Shafali Verma. Shafali was looking good at 44 runs, she’d hit 7 boundaries and was all set to make her debut half-century but things did not go as all of the Indian fans wanted to.

She was stumped by wicketkeeper Amy Jones off the bowling of left-arm spinner Sophie Ecclestone. Shafali came down the track but soon realized it was a short delivery, hit the ball but couldn’t connect put her leg behind to reach the crease, and got stumped. It was really unclear whether or not Verma’s foot was inside the line or completely outside. 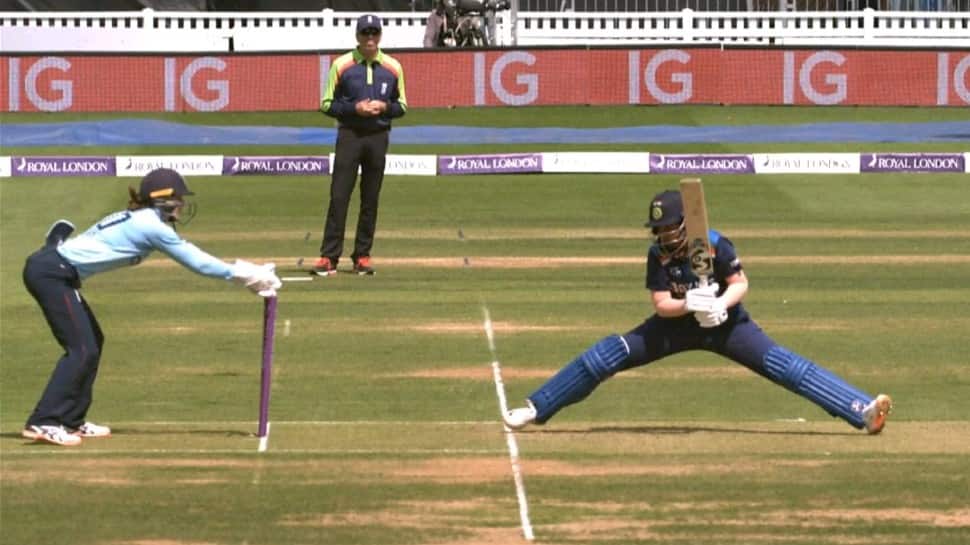 Verma’s dismissal in this match has once again brought ICC’s failure to provide proper lighting equipment. This time the lack of LED bails has come forward. The incident has once again sparked a debate around the way authorities in charge of handling women’s matches.

Why no LED bails for women’s matches in international cricket? Points out Lisa Sthalekar after yesterday’s game. #ENGvIND #ENGWvINDW pic.twitter.com/aamOYk3iKR

The LED bails light up bright when a wicketkeeper touches them even with gloves on. So, when a stumping happens, the third-umpire can easily check if the player is out or not. This makes judging whether or not the person is out very convenient and a fair decision is made.

Also Read:  How did India manage to defeat England with 8 Debutants in a 2014 Women's Test Match?

Former Australian cricketer Lisa Sthalekar shared a video of the incident and called out the authorities for this reckless behavior. In the tweet, she wrote, “This is the second time in 2 ODIs that we are making harder than it needs to be for the third umpire. Be great to get bright-colored bails.”

This is the second time in 2 ODI’s that we are making harder than it needs to be for the third umpire. Be great to get bright coloured bails pic.twitter.com/0bXAdO1jMw

In men’s cricket, LED bails have become a permanent thing. They are now used in both ODI and T20I matches and even in every country’s domestic leagues.