Nepal’s Blind Women’s Cricket Team will tour to Pakistan to play a series of 5 T20s starting from 29 January. Nepal women will reach Pakistan on 27 January. Pakistan’s Blind women cricket team will be preparing for the series in an eleven-day training camp in Abbottabad, starting from January 15. The series between Pakistan and Nepal was planned way back in 2014, but due to dearth of funding the series could not be played. The series will be played as per the following schedule: 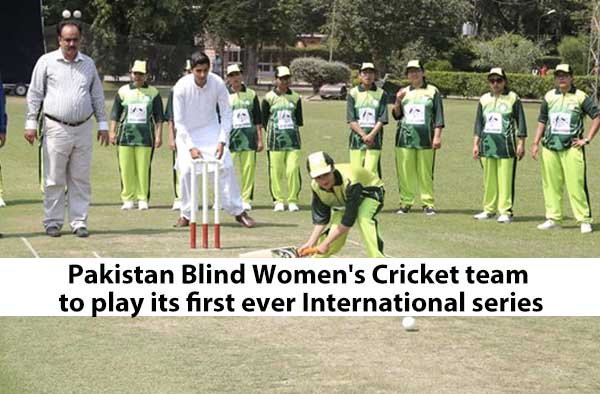 Pakistan’s side will play under the captaincy of Rabia Shahzadi. Aneela Shahzadi is named the vice-captain of the team. Pakistan Blind women’s cricket team’s 15 member squad:

Nepal women’s 15 member squad for the series include:

Also Read:  Are Health and Fitness a challenge to Women cricketers?

England and West Indies also have cricket teams for blind women for their respective nations. India and South Africa are still progressing in this space.
It would be really interesting to see Pakistan’s Blind women’s team displaying their cricket skills for the first time but there is still a long way to go for a bright future of blind women’s cricket.