The number one team is in action versus the number three ranked team. It’s the Southern Stars versus the White Ferns. Yes, the trans-Tasmanian rivals – Australia and New Zealand – will take on each other in a 3-match T20I series in Australia. With the 2018 T20 ICC World Cup around the corner in November, this series offers opportunities for both sides to fine tune and settle on their batting and bowling combinations. Let’s preview what promises to be a cracking series. 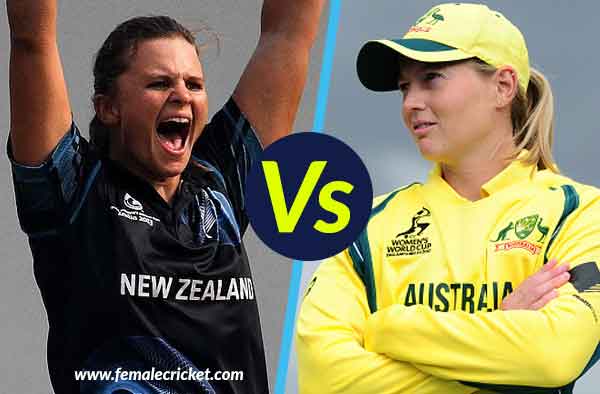 Head-to-Head:
In their last 5 encounters, New Zealand have emerged victorious 3 times. Their victories include the 2016 World Cup Group Stage match and a 2-1 series win during the 2016-2017 tour down under. In terms of the overall head-to-head record, the Kiwis still hold the edge over Australia. Out of 35 matches, they have won 19, lost 15 and tied 1.

Stats:
• NZ skipper Suzie Bates holds the record for most T20 runs. She has amassed 2755 runs in 101 matches at an average of 30.27. Meg Lanning is sixth in the table with 2105 runs from 74 matches with an average of 34.50. She also became the first Australian, male or female, to pass 2000 runs in T20Is.
• Suzie Bates is also second on the list, behind Smriti Mandhana for most runs in a calendar year, 2018. She has piled on 418 runs from 10 matches, with 1 century (scored recently in June) and 3 fifties.
• Beth Mooney will have mixed memories of the Manuka Oval. While she scored a fine 117* during the 2017 Ashes, it was eclipsed by Danielle Wyatt’s astonishing 100 which helped England to level the Ashes.
• Aussie captain Meg Lanning holds the record for most runs by a captain (126). She scored 88* against England during the tri-nation series, also involving India, thus signaling her comeback after a shoulder injury layoff.
• Suzie Bates has played 66 consecutive matches for New Zealand and is second on the list behind Mignon du Preez who has turned out for 71 matches for South Africa.
• Suzie Bates appears in yet another list. She is at second place for most matches in career (101) behind Jenny Gunn (104).
• Suzie (yes her again) pops up third on the list for most catches (49).
• Suzie then says hi from the top of the table for the highest partnership for any wicket. She shared a 1st wicket stand of 182 runs with Sophie Devine as recently as June 2018 against South Africa.
• Megan Schutt is the only Australian to bag a hat-trick in T20Is. She achieved this feat during Australia’s tour of India this year.
• Suzie also has struck the second highest number of T20 fifties (19) behind Stafanie Taylor (20).

Keep an eye out for:
New Zealand: No prizes for guessing. It is Suzie Bates, skipper and T20 veteran. Her never-ending list of achievements attests to her longevity. She along with Sophie Devine form the bulwark of New Zealand’s batting.

Australia: Delissa Kimmince, the seam bowling all-rounder who was among the wickets during the India tour.

Who said what:
“Australia has a huge summer coming up, with fans able to see the best team in the world in action against one of our biggest rivals in New Zealand.”
“With the World T20 in the West Indies coming up in November, both sides will be looking to put on a strong showing in the T20 series, and I encourage everyone in Sydney, Brisbane and Canberra to show their support by getting along to these matches.” -Cricket Australia CEO James Sutherland.