On April 15, Australian all-rounder Delissa Kimmince announced her retirement after featuring in 16 ODIs and 44 T20Is between 2008 and 2020. She has scored 241 international runs mostly batting at the number 10 position and has scalped 59 international wickets.

The Queenslander made her debut for Australia at the age of 18. The right-hand bat and right-arm medium pacer was a part of the Australian outfit in 2008 and 2009 but after that, she made a comeback after five long years in 2014. During this period, she moved to London and worked in the Princess Louise pub in Holborn. It is also known that Kimmince represented Warwickshire and took a three-hour train journey each way to play matches every week with zilch practice. After the English stint, Kimmince returned to Australia for the 2012–13 season, and in 2014 made her way back into the national side. Her comeback series was the 2014 ICC World T20 tournament in Bangladesh, which Australia won. She was also a part of the squads which won the T20 World Cup in 2018 and 2020.

The following year, Kimmince was named as one of Australia’s touring party for the 2015 Women’s Ashes in England, as a Twenty20 specialist. Unfortunately, her dream to play the Ashes was shattered as she was ruled out due to a lower back issue. Her T20 brilliance was awarded captainship of Brisbane Heat in the inaugural season of Women’s Big Bash League in 2015-16. She stepped down from the role after completing two seasons as captain in January 2017. In 2018-19 and 2019-20, she was a part of the winning team. 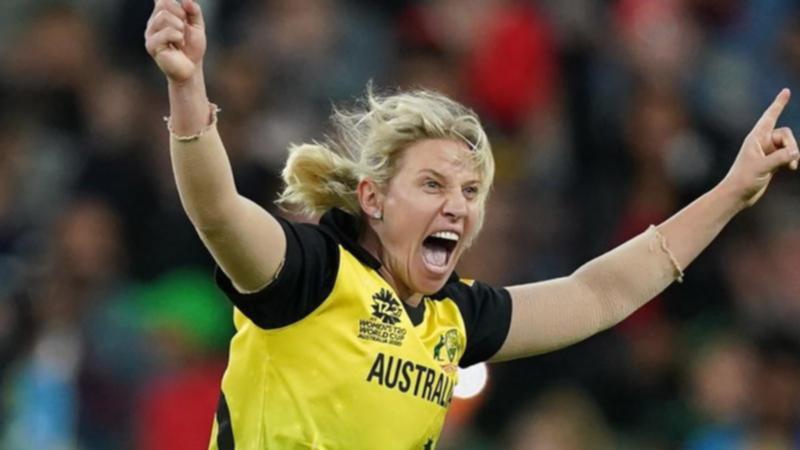 Records made by Delissa Kimmince

Kimmince has a few records to her name as a batter, bowler, and fielder. In women’s ODI cricket, she is the seventh oldest player to take a maiden five-wicket haul in an innings. The right arm quickie achieved this feat against England at Leicester in 2019. In the same format, as a fielder, she ranks fourth in the list of players with maximum catches in an innings. She entered the record books in 2009 when she held on to three catches in an innings against New Zealand at Hamilton. With the bat, in T20Is, she is 10th on the list among the number 10 batters to score maximum runs. The right hand bat scored an unbeaten 15 against England at Canberra in 2020.

Representing the most successful team in women’s cricket is by no means a walk in the park. Kimmince deserves her share of appreciation for stamping her authority on Australian cricket and making the country proud. Despite being surrounded by pace spearheads like Megan Schutt and Elysse Perry, the right arm quickie from Queensland worked her way up to the top and grabbed every opportunity that was presented to her with both hands.

As the 31-year old Australian bowler hangs her boots from playing international cricket, we at Female Cricket, wish her all the luck for her second innings.


Also Read:  More focus should be on the shorter formats of the game, says Belinda Clark